Akagi obtains her crimson red color from her name, which means "red castle" or quite literally "crimson," among others. Akagi also appears to bathe in flames/engulfed in flames, possibly alluding to her historical demise, where her deck is burning before she was scuttled by a torpedo. It could also allude to her Chinese censored name which means "Phoenix". Phoenixes die and are reborn through flames. 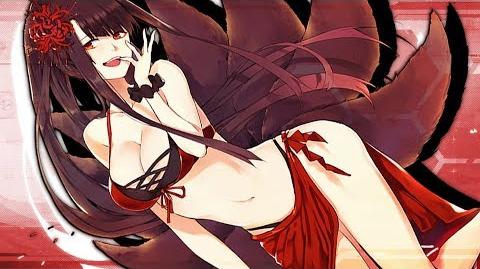 Retrieved from "https://blhx.fandom.com/wiki/Akagi?oldid=16425"
Community content is available under CC-BY-SA unless otherwise noted.